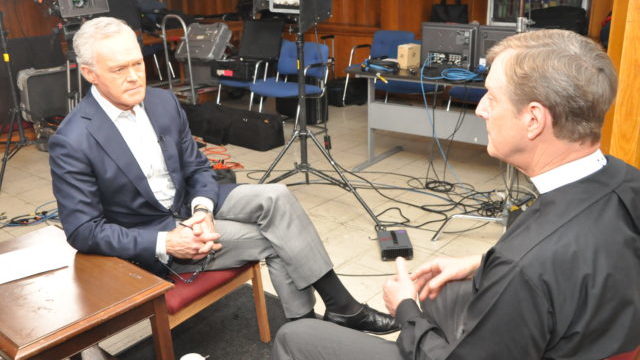 Pelley sat down with Hynicka for about a half-hour and then briefly visited with Flores in the small room where he resides next to the church’s lower-level Fellowship Hall. Garcia had recently painted the hall. Pelley later interviewed local advocates with whom Arch Street UMC partners, including members of JUNTOS, an immigration legal aid organization, and the New Sanctuary Movement.

The 60 Minutes report covers the growing trend of “sanctuary cities,” where authorities have openly defied tough, new immigrant policies and religious leaders are offering their churches to immigrants for sanctuary. 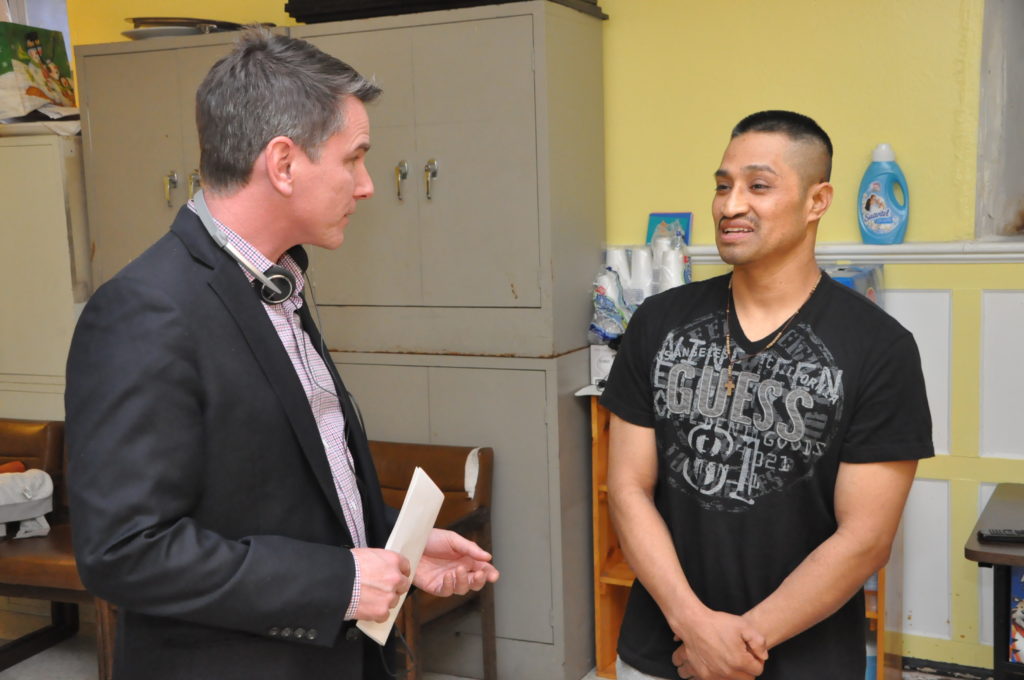 “Before all of the media activity started,” Hynicka told Eastern PA Conference Communications, “I met Javier in his room, and in a circle with his family and community supporters we prayed that God would provide the words to bring justice for Javier and for all undocumented persons facing discrimination, detention and deportation.”

The Arch Street congregation welcomed Flores into asylum following worship on Sunday, Nov. 13, the day before he was to be deported. The soft-spoken father had entered the U.S. after being violently attacked and robbed in Mexico.

He had just spent 16 months at an Immigration and Customs Enforcement (ICE) Detention Center and was told to prepare for deportation if his special visa application was denied. That is when he decided to seek asylum, he said, in order to remain close to his family.

Flores is eligible and awaiting approval of a “U-Visa,” which the federal government provides to victims who have suffered from certain crimes in their countries of origin. Reportedly, he returned to Mexico “on bad advice,” reentered the U.S. to be with his family, but was arrested in 2015 in front of his children. 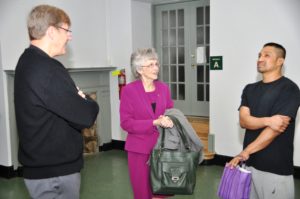 Philadelphia Area Bishop Peggy Johnson visited with Flores (right) and Hynicka at the church a week after the “60 Minutes” interviews. She brought Flores a welcome gift and a letter in Spanish.

Hynicka said he discussed with Pelley the congregation’s decision to provide sanctuary.  “I shared that Arch Street Church is a member congregation of the New Sanctuary Movement in Philadelphia and has been active with the movement for immigration reform and immigrant justice for over five years.”

The congregation’s reputation for “community engagement and radical hospitality” is also an essential reason Javier, his family, JUNTOS and the immigrant community asked for sanctuary, said Hynicka.

“When asked if I was worried about breaking the law, I replied that I was more concerned about breaking my baptismal vows.  I am committed to using “the freedom and power God gives me to resist evil, injustice and oppression, in whatever form they present themselves.

“I shared that Javier is now a friend—a trusted and treasured friend,” Hynicka recalled, “and that Javier’s courage and conviction are inspiring.”