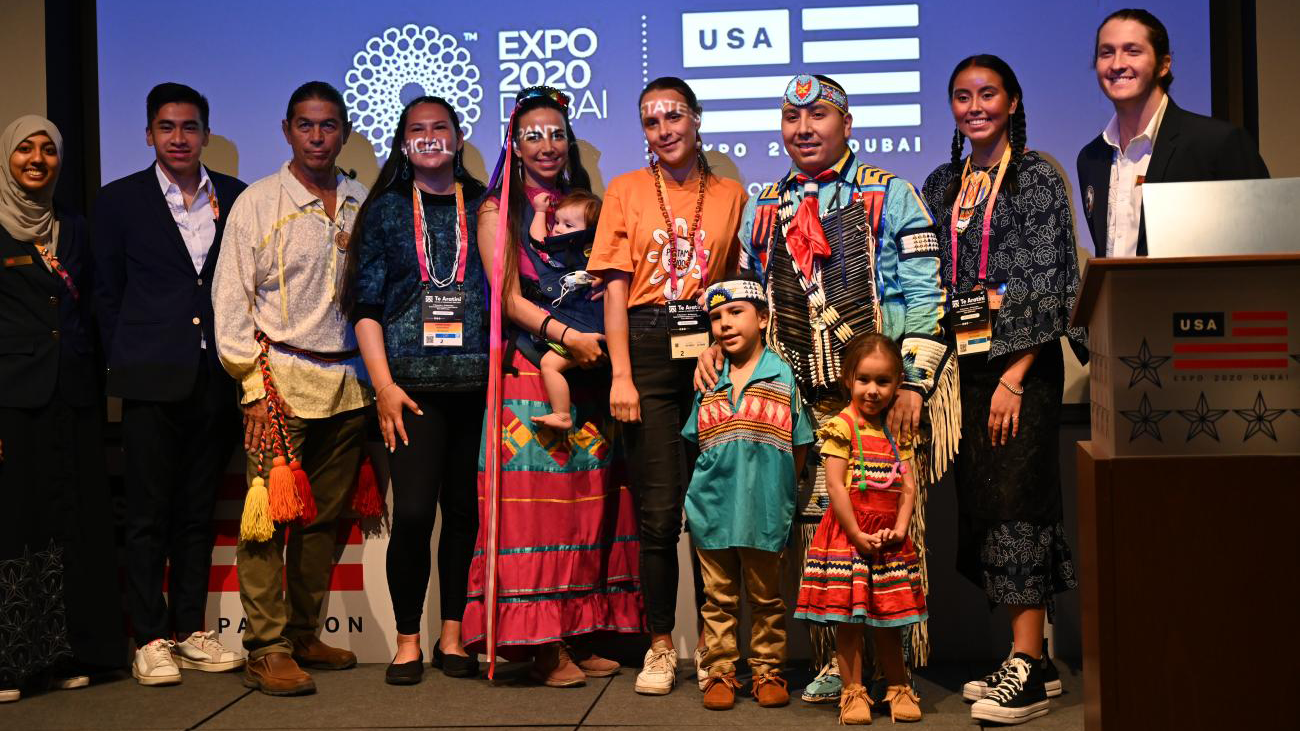 The Committee on Native American Ministries will feature tribal language preservationist Halay Turning Heart at its annual Spring gathering on Zoom, on Sunday, April 3, at 4 PM. She will share her story about working for language restoration of her Yuchi people.

Turning Heart, who has a linguistics degree from Dartmouth College, created a Yuchi language immersion school in 2018 that became a model and now draws visitors from around the world. She is the Grants Administrator & Language Coordinator at Igiugig Village Council and Project Administrator of the Euchee (Yuchi) Language Project.

A lifelong United Methodist, she is a former United Methodist Women’s president at Pickett Chapel in Oklahoma (an historic Yuchi church), and a former member of the UMC’s General Commission on Religion and Race (GCORR).  She served as a “Living Letter” to Australia and a youth steward at the World Council of Churches in Brazil and Switzerland.

Halay has over 20 years of practical experience and is published in the field of Indigenous language revitalization. She works with elders, teaches children and is raising her own three young children as the first zOyaha (Yuchi) speakers in four generations. From the womb, she has only spoken to them in Yuchi, known as one of the world’s most ancient languages. It is a language isolate, meaning ithas no demonstrable genealogical relationship to any other known language.

Language restoration, today more than ever, is vital to stop the loss of languages, Halay says, as older generations pass away and few elders are still able to teach the language to their children. It is also crucial to the healing process to restore the languages and culture that were taken away from children who were sent to the Native American boarding schools and forbidden to speak their traditional languages.

The importance of language preservation was demonstrated by the United Nations in declaring 2019 as the Year of Indigenous Languages.  Its observance can raise public awareness of the endangerment of Indigenous languages around the world and the necessity to establish links between language, development, peace, and reconciliation.

The UN General Assembly has proclaimed 2022 and 2032 as the International Decade of Indigenous Languages. That proclamation seeks to draw global attention to the critical situation of many Indigenous languages and to mobilize stakeholders and resources for their preservation, revitalization and promotion. UNESCO serves as the lead UN Agency for the implementation of the International Decade, in cooperation with other relevant UN agencies, to ensure Indigenous peoples’ right to preserve, revitalize, and promote their languages. It will help to build a global community for the preservation, revitalization and support of indigenous languages worldwide.

See the CONAM April 3 event flyer and register to participate in this Zoom event. Thanks to Verna Colliver of CoNAM for providing the information used in this article.