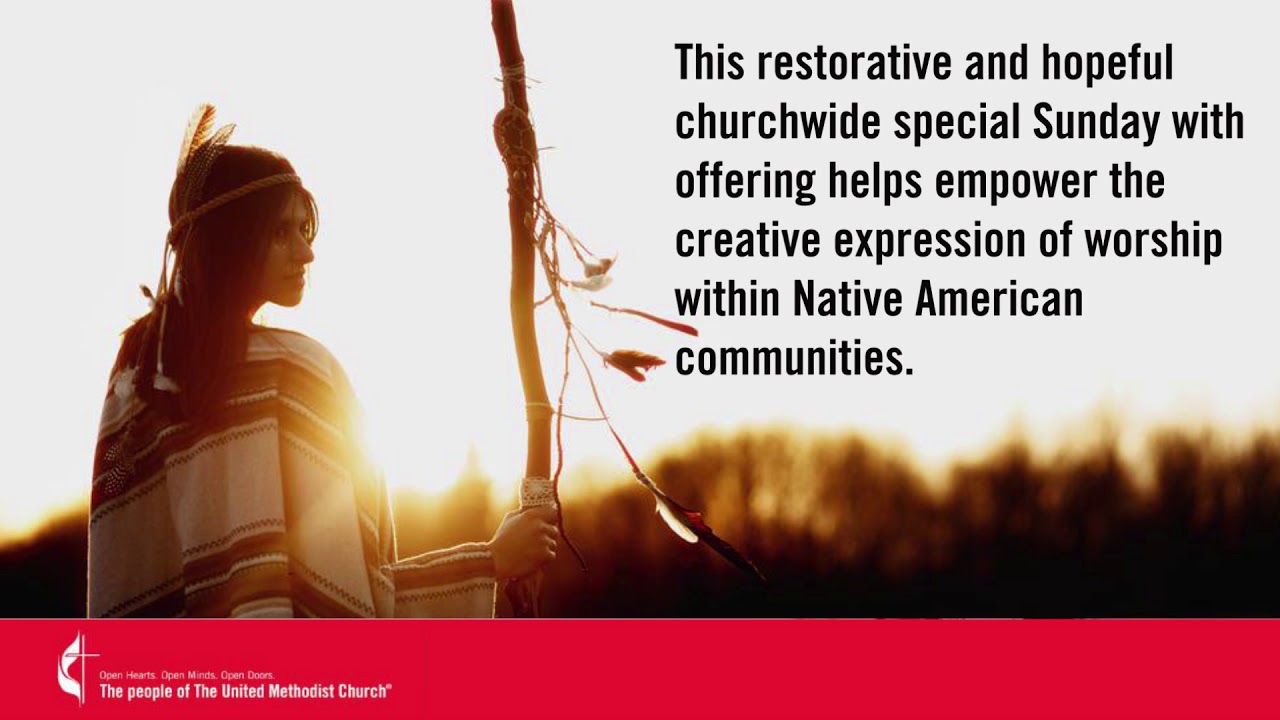 In addition, CONAM member Ron Williams invites everyone to the 8th Annual Pow Wow on Manatawny Creek in Pottstown, next weekend, April 30 to May 1. CONAM will have a display table there, as they did in 2021, to greet guests with information and souvenirs. Learn more at calendar.powwows.com/events/pow-wow-on-manatawny-creek/. Or visit the Facebook page at facebook.com/PowwowOnManatawnyCreek/.

And see a new online documentary on sports mascots, “Fighting Indians,” airing May 1, 1 to 4 PM, followed by a conversation with the  film’s directors and State Representative Chris Rabb. The film is set in Maine, a state that made history in May 2019 by passing LD 944 “An Act to Ban Native American Mascots in All Public Schools.” This unprecented law marked an end to a decades long-struggle to educate the public on the harms of Native American mascotry.  REGISTER HERE.

The Native American International Caucus encourages United Methodists to observe the National Day of Awareness for Missing and Murdered Indigenous Persons on May 5. Across the United States, thousands of Native women and girls go missing each year, and most cases remain unsolved. The caucus has scheduled a free webinar on human trafficking May 5, 1:00 to 2:30 PM. Read press release (PDF).  Sign up for webinar (PDF).  See resources

Finally, CONAM also offers a recording of its April 3 program on Zoom about Native language restoration, led by Halay Turning Heart, a formally-trained tribal language preservationist for the Yuchi people. She spoke on “Restored Language=Restored Culture=Healing.” *Watch her fascinating, multimedia presentation on how her family and her people are trying to rescue and preserve their native language. (See below.)

Turning Heart, who has a linguistics degree from Dartmouth College, created a Yuchi language immersion school in 2018 that became a model and now draws visitors from around the world. She is the Grants Administrator & Language Coordinator at Igiugig Village Council and Project Administrator of the Euchee (Yuchi) Language Project.

A lifelong United Methodist, she is a former United Methodist Women’s president at Pickett Chapel in Oklahoma (an historic Yuchi church), and a former member of the UMC’s General Commission on Religion and Race (GCORR).