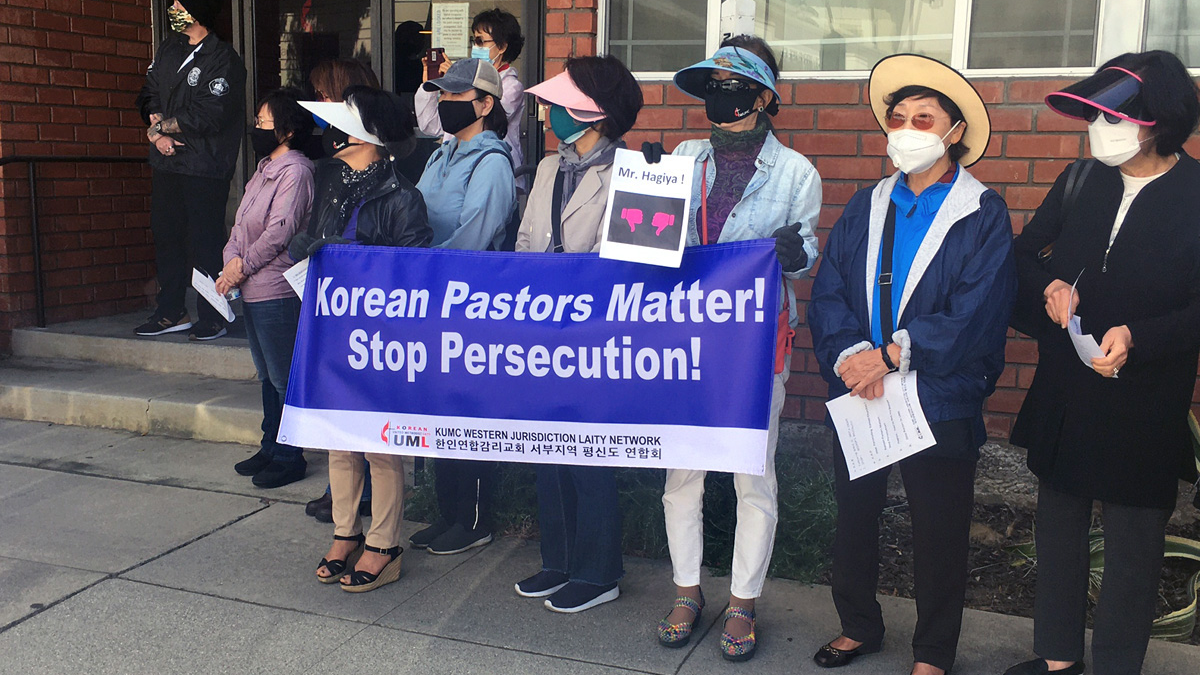 The Korean United Methodist Church Laity Network, Cal-Pac Korean Church Caucus and other groups accuse Hagiya of targeting the three pastors for their traditionalist beliefs and affiliations. They claim he failed to consult with the pastors and their churches in the appointment process.

But Hagiya insisted Book of Discipline directives on consultation were followed and denied he had any theological or political agenda in reassigning the pastors, whose tenures at their churches are to end June 30.

“I care and our cabinet cares deeply about every church,” Hagiya said by phone. “Our only perspective is about the welfare of the church.”

In The United Methodist Church, ordained elders agree to serve where assigned by their bishop. Hagiya is not the only U.S. bishop in the church to come under fire lately for appointments seen by critics as targeting traditionalists.

But protests against Hagiya — who is, like other Western Jurisdiction bishops, a progressive on LGBTQ inclusion — have grown and taken new forms. Read More