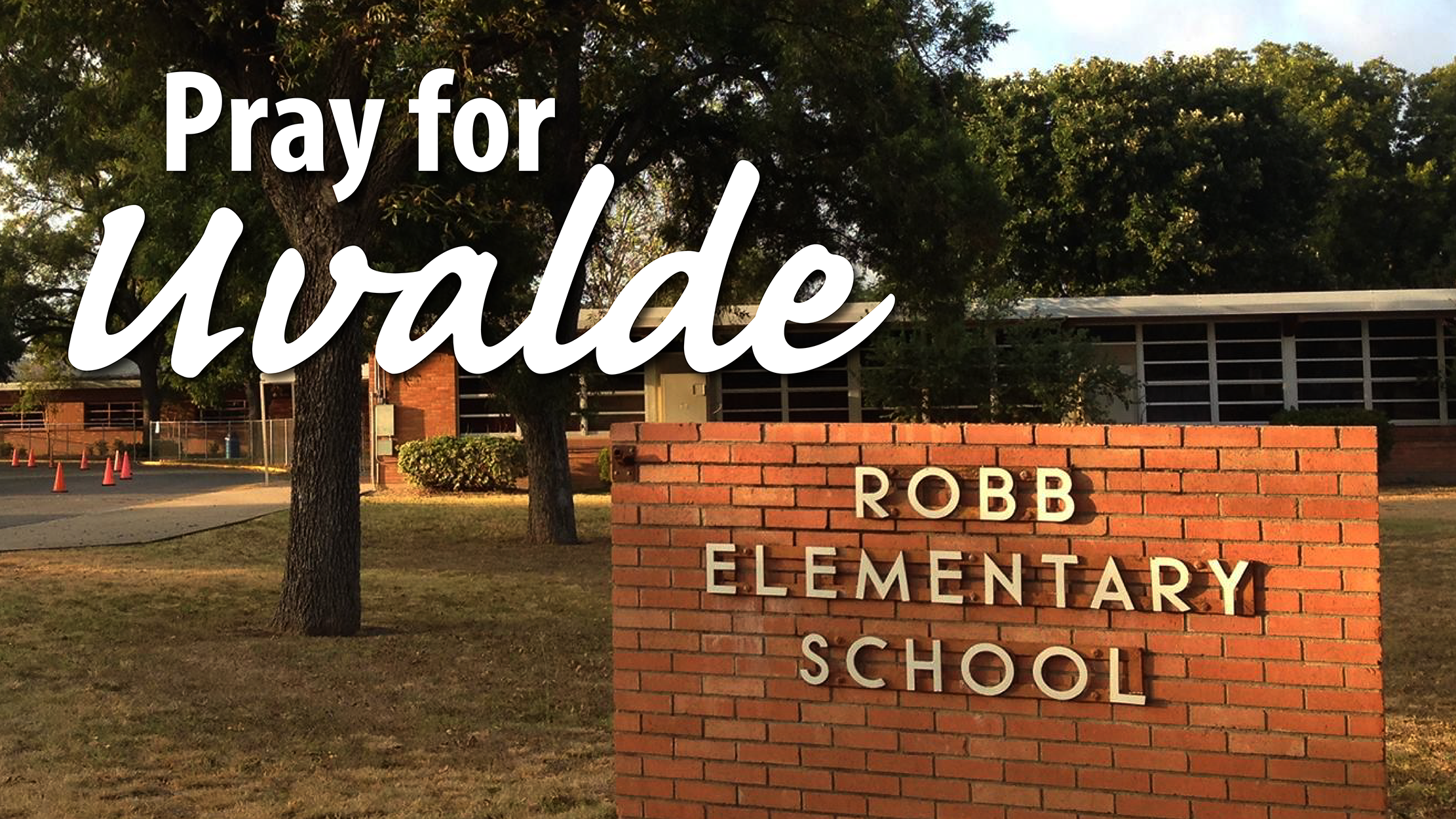 United Methodists are stepping up to provide support and prayer after a horrific shooting at a Texas elementary school that took the lives of at least 19 children and two teachers.

Even as they pray for grieving families and a traumatized community, many in the church are also asking in the words of Psalm 13: “How long, Oh Lord, how long?”

“Our hearts are broken for the people of Uvalde, Texas,” said Bishop Robert Schnase, whose area includes Uvalde, in a May 24 message. He leads both the Rio Texas and New Mexico conferences.

“We are devastated over the multiple lives lost during the tragic shooting at Robb Elementary School. We mourn those who died today and fervently pray for the families of the victims and surround the larger community of Uvalde in prayer.”

United Methodists across the U.S. have faced similar violence many times before. Less than two weeks ago, a gunman killed 10 people in a racism-fueled mass shooting at a Buffalo, New York, grocery store, and another gunman killed one person and injured five others in an attack on a Taiwanese Presbyterian church in California.

The slaughter at Robb Elementary in Uvalde now joins the list of deadliest school shootings. United Methodists also responded in 2018, when a gunman killed 17 people at Marjory Stoneman Douglas High School in Parkland, Florida, and in 2012, when a shooter killed 26 people — including 20 children — at Sandy Hook Elementary School in Newtown, Connecticut. Education Week reports that so far this year, there have been 27 school shootings with injuries or deaths.

In the wake of this week’s massacre, United Methodist Council of Bishops President Thomas J. Bickerton is calling clergy and laity to “go on the offense” to stop mass shootings.

“If you are a church body, don’t settle for just active shooter training,” he said in a press statement. “Determine that you will actively work to transform lives from violence to peace, elect officials that will not settle for inaction, and inject communities with the grace and love of Christ that will alter the course of our current behaviors.”

Uvalde is a largely Hispanic town of about 16,000 in Southwest Texas. San Antonio, the closest major city, is around 80 miles to the east.

First United Methodist Church in Uvalde stayed open into the night May 24 for people to come and pray. The Rev. Stephen Peyton, the church’s senior pastor, spent this morning meeting with community leaders to see what more help his 500-member congregation can provide going forward.

Methodist Healthcare System in San Antonio also sent an emergency response team this morning to provide counseling in Uvalde. The Rev. Austin Frederick Jr., vice president of pastoral care with the system and a United Methodist elder, is leading the team that includes the Rev. Raquel Feagins, a pastor of La Trinidad United Methodist Church in San Antonio.

Back in San Antonio, United Methodists also are adding their voices to try to help.

“We have historically worked with March for our Lives and Mothers Demand Action to promote awareness of gun violence and the need for common sense reform of gun policies,” said the Rev. John Feagins, Raquel Feagins’ husband and co-pastor. “We may be called upon soon for a similar event.”

Like everyone else, he said, the congregation is praying for the people killed, wounded and terrorized by this event and those providing care for them.

But he also prays for all who live with the trauma of gun violence and are reliving that trauma as they grieve with the people of Uvalde.

“I pray for faith to overcome the fear of gun violence, fear that turns mass murder into mass marketing for more gun purchases and proliferation. We are an Easter people,” he added.

“I pray for religious leaders to have the courage and integrity to serve the Prince of Peace and promote peace with justice, de-escalation and disarmament.”

The Rev. Lupina Villapando-Stewart, the church’s senior pastor, said she wants the church and surrounding community to have an opportunity to lament. She also wants to equip people to become “a circle of influence” that has a positive impact on their community.

Amid the week’s tragedy, Villapando-Stewart was thinking of the Greek word makarios — translated as “happy” in most translations of Christ’s Sermon on the Mount.

“Makarios means that you have a special place given by God that makes you see the world different, right?” she said. “So what I tell people is that our goal is to be makarios for the kingdom of God.”

Hahn is assistant news editor for UM News. Contact her at (615) 742-5470 or newsdesk@umcom.org. To read more United Methodist news, subscribe to the free Daily or Friday Digests.

Like what you’re reading? Support the ministry of UM News! Your support ensures the latest denominational news, dynamic stories and informative articles will continue to connect our global community. Make a tax-deductible donation at ResourceUMC.org/GiveUMCom.