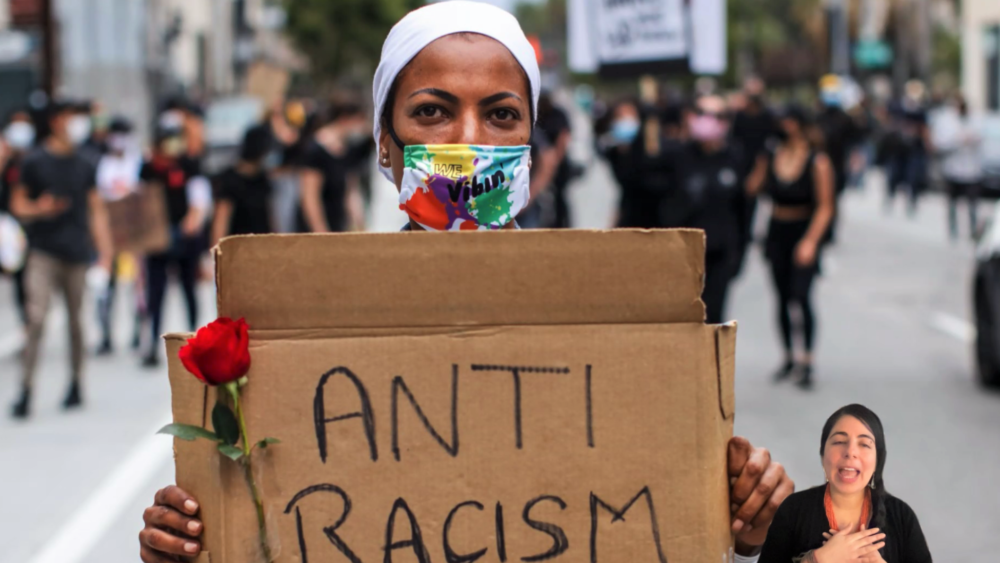 Dismantling Racism. The term, growing in use, conveys an apt understanding that this social scourge is large, systemic and complex, with many parts—and that it must be taken apart or demolished from different angles. That is how the Eastern PA Conference is approaching the stubborn sin of racism.

A busy calendar of workshops, book studies, meetings and dialogues is a good start, as minds are opened, conversations are started, hearts are convicted, and both behaviors and policies are changed. The actual dismantling that follows can be witnessed in:

In its fifth year of responding to the UMC Northeastern Jurisdiction’s (NEJ) Call to Action for Racial Justice and Reconciliation, the Eastern PA Conference is working through its own Racial Justice Transformation Process from various angles. Helping to lead that effort and reporting on it yearly to the Annual Conference, the Cabinet and the NEJ is the Conference Commission on Religion and Race (CORR).

Through resourcing and responding to racial-ethnic concerns, the commission works to “foster intercultural competency and cooperation, live into institutional equity, and engage in straightforward, Christian conversations.” But it has partners in that work among other Conference groups, like the Healing the Wounds of Racism Core Team that sponsors Dismantling Racism workshops—basic and advanced— for clergy and lay ministers, on behalf of the Board of Ordained Ministry.

“The Hispanic/Latino (Latinx) Experience—Racism: the Struggle is Real!” a three-hour seminar on Zoom drew 78 attendees. They were able to gain a wide-ranging, international understanding of history, faith, culture, racism and oppression affecting Latinx people in the U.S., the Caribbean and Latin America. Two Latina theologians –Yenny Delgado of Peru and the Rev. Agustina Luvis-Núñez of Puerto Rico—taught alongside the Rev. Nelson Rabell, a Lutheran pastor from Puerto Rico who serves immigrant and marginalized communities in Lodi, Calif.

And the Rev. Doris Kung Chi Pui Dalton, a former Eastern PA Conference staff member now working for the New York Annual Conference, taught a three-hour seminar in September 2020 on “The Experience and Impact of Racism on People of Asian Ancestry.” That topic is even more timely now, as people of Asian heritage are being widely targeted with public insults and violence. Over 90 participants learned what many others are just learning now: the largely unknown history and impact of racism against Asian Americans.

Moreover, discussions on the psychological causes and consequences of racism have enlightened many Conference members in numerous other workshops. One virtually therapeutic gathering on Zoom, “Racism, Trauma and Transformation,” in October 2020, engaged people of color in frank, mutual revelations, led by Dr. Dandridge Collins, a minister, author and trauma therapist.

And at the annual Emotional Intelligence and Diversity workshop sponsored by CORR last fall, participants learned about hidden feelings, ignorance and beliefs about race, culture, privilege and internalized oppression.

“I didn’t know what I didn’t know or even how to ask,” said one attendee. “But I thank the Conference for offering programs like this because there are things I’m learning that I need to know.”

The committee partnered with another advocacy group to present a Zoom session in November 2020 on “Race-Based Mascots,” about the abuse of Native American culture and identities through offensive stereotypes used for sports team names and symbols.

CONAM leaders also taught a Tools for Ministry class March 13 about historical oppression of indigenous peoples in the Americas by Christopher Columbus and other explorers, aided by the Catholic Church and its infamous Doctrine of Discovery. The group will hold its next spring learning event May 2 on Zoom at 4 PM. Titled “We Are Still Here: Outstanding Native Americans Today,” the program will emphasize “contemporary Native Americans who are thriving, lifting up others in their communities and making significant contributions to American society.”

Whites Confronting Racism is a cohort of White clergy who joined in intensive anti-racism training together in 2019. Members are active in CORR and other settings where they can further their learning and commitment to recognize and dismantle systemic and interpersonal racism. Several members taught a class at Tools for Ministry (“When You SEE White Supremacy, How to USE Your White Voice”) that was based on their own training.

Several CORR members are also active in the Conference Urban Commission’s “Fight for Floyd and Beyond,” campaign, in which members address concerns about racial injustice and violence in policing. Fight for Floyd and Beyond emerged from an Urban Commission-sponsored meeting during widespread protests ignited by the May 25, 2020, public killing of George Floyd by Minneapolis police.

The campaign addresses a crisis in police-community relations in communities of color, including racially motivated police mistreatment and brutality committed against African Americans. Three committees— focused on Education, Community Development and Public Policy—stemmed from that initial dialogue, and now they meet regularly to share information and insights and to plan and implement responsive actions.

In addition, the Urban Commission sponsored a Summit on the Black Church in March and has two upcoming events on deck: a two-part virtual Urban Summit (April 24 and May 1) that includes a youth component; and a webinar on “African Americans and Policing: Developing Healthy Police and Community Relationships” (April 22), as part of its Fight for Floyd and Beyond Initiative.

Recognizing that education is key, CORR members are involved with others in several book studies: Waking Up White by Debby Irving, written to help “Euro-Americans” understand white privilege; and Isabella Wilkerson’s instant classic “Caste: The Origins of Our Discontents.” That popular, revealing, six-week book study and discussion group, with over 80 participants, was co-sponsored by the Conference’s Congregational Development Team and led by an interracial trio of facilitators.

CORR members will internally study and discuss Plantation Jesus by Rick Wilson, from April 29 to July 29. And there are reports of other anti-racism book studies and discussions among other groups and churches.

Finally, CORR teams have helped more than 400 church leaders around the Conference with Intercultural Training over the past few years. At Tools for Ministry in March a CORR team helped attendees deepen their understanding of relationship dynamics, especially in diverse cultural communities. They covered anti-racism terms that are becoming more familiar these days—implicit bias, white fragility, micro-aggressions, etc.—as well as biblical and theological foundations of serving in Cross-Racial/Cross-Cultural (CR/CC) ministry.

“I have been given much to reflect on, pray about and begin to integrate into my being with God’s help,” wrote Linda Youngstrom in her evaluation of the class.

“I’ve discussed some of the seminar content with others at church,” reported Linda Evans. “We wish to be a more welcoming church, and the information about intrinsic bias was eye opening and generated many email responses.”

CORR’s ongoing training and support for CR/CC ministries—in partnership with the Cabinet—includes its lively annual trainings for clergy and congregations just starting or growing into this often challenging setting for pastoral appointments. The next training will be June 5, 9 AM – 12:30 PM. Meanwhile, “CR/CC Companions” accompany and support leaders in CR/CC ministry churches.

CORR’s several Conference partnerships also include the Council on Youth Ministries and the Prison Ministry and Restorative Justice Team, both of which have sponsored important anti-racism events with CORR’s support. NEWSpirit Communications has expanded its promotion and reporting of Dismantling Racism efforts, including an expanding online presence that will soon include a searchable anti-racism media resources list on the Conference’s newly designed website.

Moreover, CORR has engaged an outside anti-racism training and consulting firm to help it assess the strengths, weaknesses and impact of its efforts so far, and what needs to happen next for the Conference to become truly authentic and accountable in its quest to dismantle racism.
Indeed, Eastern PA’s Racial Justice Transformation Process must lead forthrightly from greater awareness, to more advocacy and then to verifiable advancement. In the meantime, the challenge for many Conference members will be, in the words of the Philadelphia 76ers’ once-popular slogan, to “Trust the Process.”