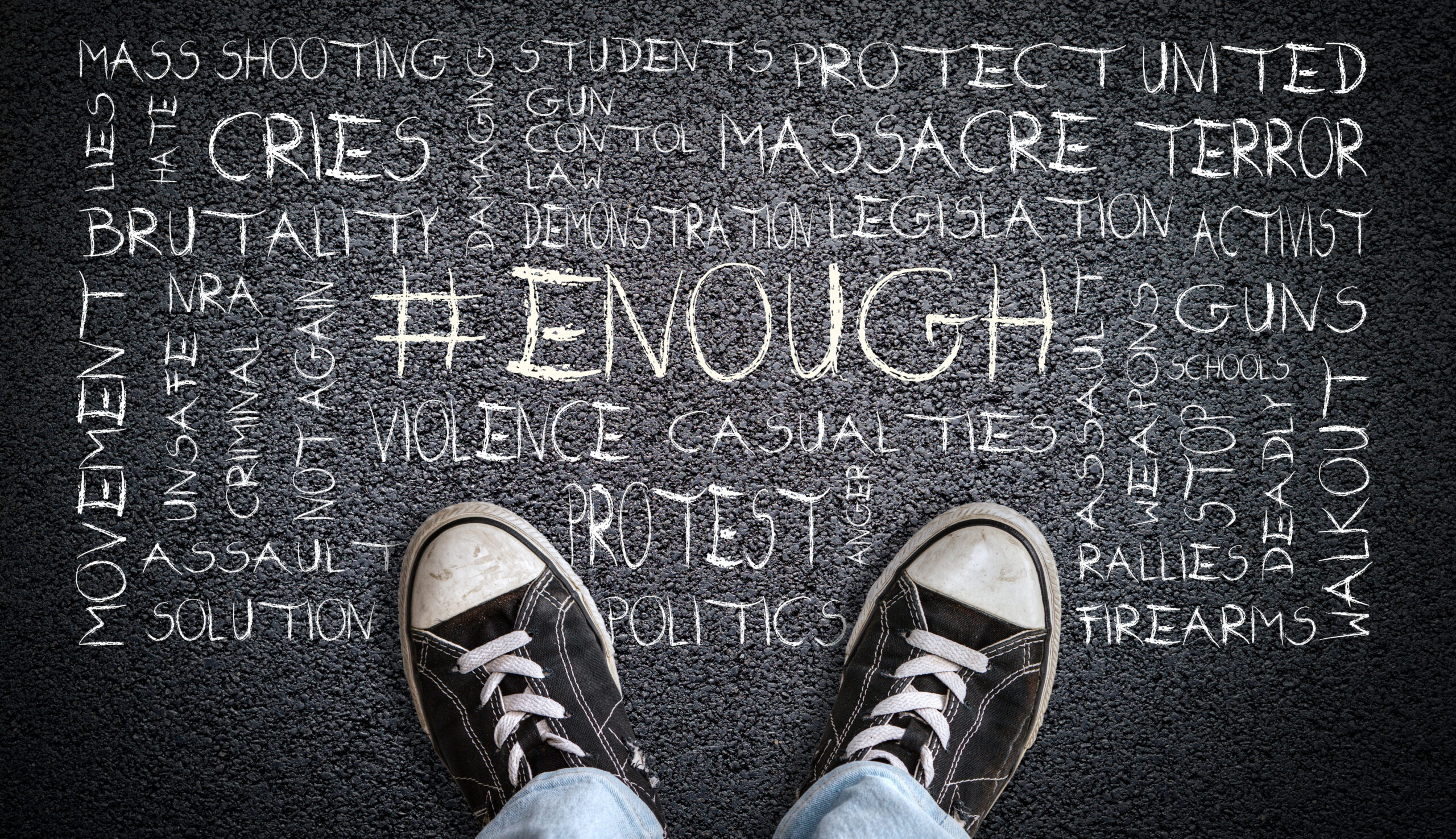 “There are no words,” begins Bishop John Schol in his poignant letter of response to the painful spate of mass murders tolling like death knells across our nation’s mournful landscape—from Buffalo, New York, to Southern California to tiny Uvalde, Texas. Those three occurred just in the past two weeks, preceded by too many others. And no one expects them to be the last.

Perhaps there are not enough words. For some, who would rather see a sermon than hear one, there are too many. They see this as a time when not just prayers but concerted action is urgently needed to reduce gun violence with any hope of preventing future atrocities.

Bishop Schol speaks for many when he says these shootings and killings—whose victims are mostly African American, Asian and Latino—”leave us all hurt, wondering and angry. We grieve for those who died and for their families. We pray for their souls, their peace and their comfort.”

“Something is wrong, something is broken, and we are not protecting children, people of color and other vulnerable populations from rage, hatred, guns and mental illness,” he writes to Eastern PA Conference members. “As a nation and even more so as a church, we are failing to preach, teach and act to bring an end to the sins of hatred, division, racism and cure the illness such as mental illness.”

The bishop makes an appeal to all churches “to pray this weekend and find specific actions your church will take to stand against, and do something about, the hatred and violence in our communities and in our world.”

Among those actions can be efforts to “comfort those who mourn…to support one another because acts of hatred like these can open up old wounds of those around us. Be sensitive to one another and comfort each other.”

Indeed, there are other voices calling for action. In the wake of this week’s massacre, United Methodist Council of Bishops President Thomas Bickerton is calling on clergy and laity to “go on the offense” to stop mass shootings.

“If you are a church body, don’t settle for just active shooter training,” he said in a press statement. “Determine that you will actively work to transform lives from violence to peace, elect officials that will not settle for inaction, and inject communities with the grace and love of Christ that will alter the course of our current behaviors.

“If you are a pastor,” Bickerton urges, “weave our theology of a lived-out faith into sermons that challenge people to convert their fears, angers, racist tendencies, and complicit behaviors into a mobilized witness of the power of God to do far more than we could ever dream of or imagine.”

He calls on laity to actively respond also: “If you are a lay person, determine today how you will take the faith you nurture each week in a pew to the streets, the places where you work, and the homes where you live.”

In “Grieving, praying after attack on school,” read about what UM leaders in Uvalde and nearby San Antonio, Texas, are doing to respond to the tragedy and trauma affecting so many people there. Also, learn about UMC resources available for responding to these tragic events.

Read also the UM News article “Churches condemn hate, urge action after shootings,” published (with links to related resources) May 16 after the mass killings in Buffalo and Laguna Woods, California.