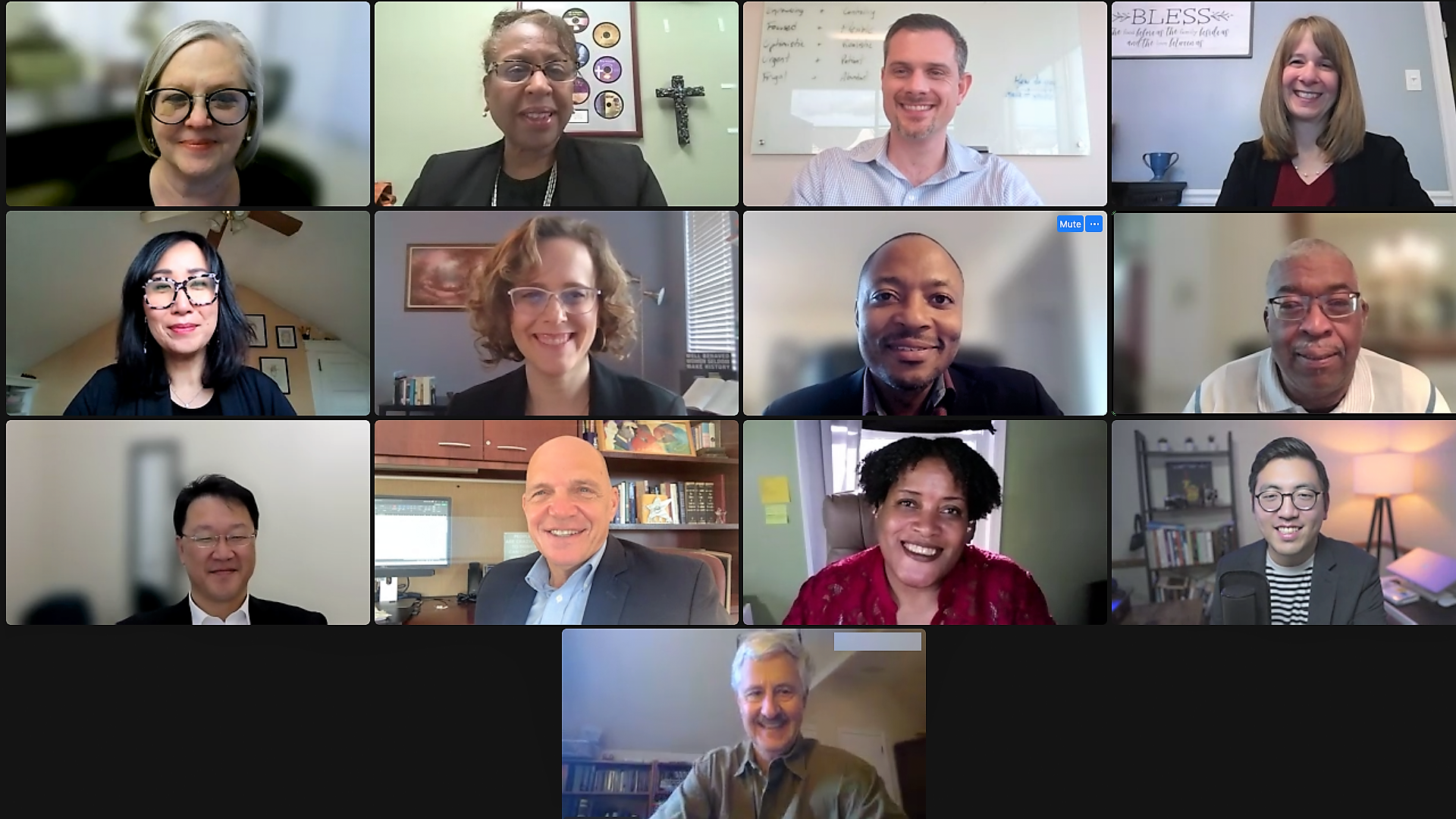 United Methodists of Eastern PA and Greater New Jersey learned in a series of webinars, Dec. 7-8, how structural collaboration will work to help both their conferences improve efficiency and effectiveness in achieving together their common mission to “make disciples of Jesus Christ for the transformation of the world.”

Leaders of the two conferences explained how “affiliation” will enable EPA and GNJ to do more ministry and better ministry together than they could alone. Thirteen panelists introduced to more than 300 participants in three webinars how they are already aligning Cabinet operations and appointments and also Communications to jointly serve churches and develop leaders in both conferences.

Meanwhile, collaborative efforts are being explored to help end the sin of racism, promote leadership development, resource congregations for growth and vitality, and support urban and racial-ethnic ministries. Additional areas of affiliation may include youth ministries, which are more developed in GNJ, and camping and retreat ministries, where EPA offers more sites and programming.

“These are two great conferences with lots of talent and great ministries,” said Bishop John Schol in opening the morning, afternoon and evening webinars.

‘We share the most creative, bold, resourceful servant leaders and a joint mission and shared vision to grow vitality, grow giving, grow worship attendance, end the sin of racism and promote congregational development,” said the Rev. Dawn Taylor-Storm, newly appointed as Assistant to Bishop Schol for EPA & GNJ, as well as EPA Director of Connectional Ministries.

She pointed out that “alignments and affiliations are going to become the future model” in other Northeastern Jurisdiction conferences—for example, Baltimore-Washington and Peninsula-Delaware—and possibly across the denomination, as a solution to shrinking resources and increasing ministry demands and opportunities.

Ensuring that mission thrives in EPA and GNJ

“How can we ensure that mission thrives in EPA and GNJ, where there’s a common purpose and mission, shared goals and shared commitments?” asked Taylor-Storm. “What can we do better, more effectively and more efficiently to serve Christ, the church and the world?”

The Rev. Evelyn Kent Clark, Dean of EPA’s Cabinet observed “an Advent spirit of joy and anticipation as we move into this new affiliation.” She cited joint Cabinet retreats and meetings that revealed “great synergy, collaboration and alignment. This shows that we are ready to move forward.”

Clark and the Rev. Sang Won Doh, Dean of GNJ’s Cabinet, explained that pastoral appointments may be made across conference boundaries with the pastor’s request or agreement—for example, to accommodate special family concerns, or to deploy particular gifts when and where “strategic opportunities arise.”

But clergy members will remain members of their conference unless they request a change. And churches in need of pastors in both EPA and GNJ will be listed on both conferences’ websites.

EPA’s NEWSpirit newspaper to return in 2023

In addition to two conference websites and weekly newsletters, among other communications and marketing resources, Coleman announced that quarterly publication of EPA’s former newspaper, NEWSpirit, will be restarted in 2023.

“In GNJ we’re hearing from churches that Pathways helps them understand there are better ways to connect with the community and…how to develop their in-person and virtual worship services.”

“Our facilitators are doing a lot of coaching of pastors,” said Morton, “but we’re also working with teams of lay folks so that they can learn skills of accurate assessment (and) what are our strengths, what is our mission field?”

“It’s brand new to us, but we’ve got great enthusiasm in Eastern Penn,” he added, citing 33 churches that joined EPA’s Pathways for Congregational Health and Vitality initiative in September, another 19 in November and more now on waiting lists for February 2023. But he noted that GNJ began their Pathways initiative much earlier. “So, we can learn a lot from New Jersey, and we look forward to doing that together.”

The Revs. Ronell Howard, who becomes Superintendent of GNJ’s Central District Jan. 1, and Jennifer Freymoyer, Superintendent of EPA’s West District, described both conferences’ commitment to ending the sin of racism. GNJ’s initiative, titled Journey of Hope, and EPA’s Path toward Wholeness, are “committed to equity in our apportionment process and making adjustments for churches in low-income areas,” they said. Both conferences are training clergy and laity in cross-racial/cross-cultural ministries, while promoting anti-racism practices and policies. The Rev. Eric Drew, GNJ’s Director of Connectional Ministries, noted EPA’s Latino Ministries Coordinator, the Rev. Lisa DePaz, and its Latino Commission, among other racial-ethnic groups. “Both EPA and JNJ are passionate about raising up and empowering the voices of their caucuses and ethnic ministries,” he said, “to learn and share together and to build connections.”

Jo Fielding, EPA’s Director of Administrative Services and Jay Kim, GNJ’s Director of Human Resources, spoke about the regional administration model that GNJ already has, and that EPA will adopt in January. Districts are grouped into regions to enhance program support, resourcing and cross-district working relationships. Each region has a support team, a regional administrator, and a regional manager, to work alongside district superintendents and assigned conference staff.

Assisting Elders in EPA, known as Circuit Leaders in GNJ, will work on regional teams, as well as Regional Resource Directors. Krystina Michaelopoulis, a Regional Manager in GNJ, will supervise the regional administrators of both conferences, as they connect across conference lines.

All questions and answers posed during and since the webinar can be viewed on a new FAQ document that will be posted and updated on both conferences’ websites. Both websites will publish a new Affiliation web page containing links to the FAQ document, a video recording of the second webinar, related writings from Bishop Schol, and more news and information about Affiliation.