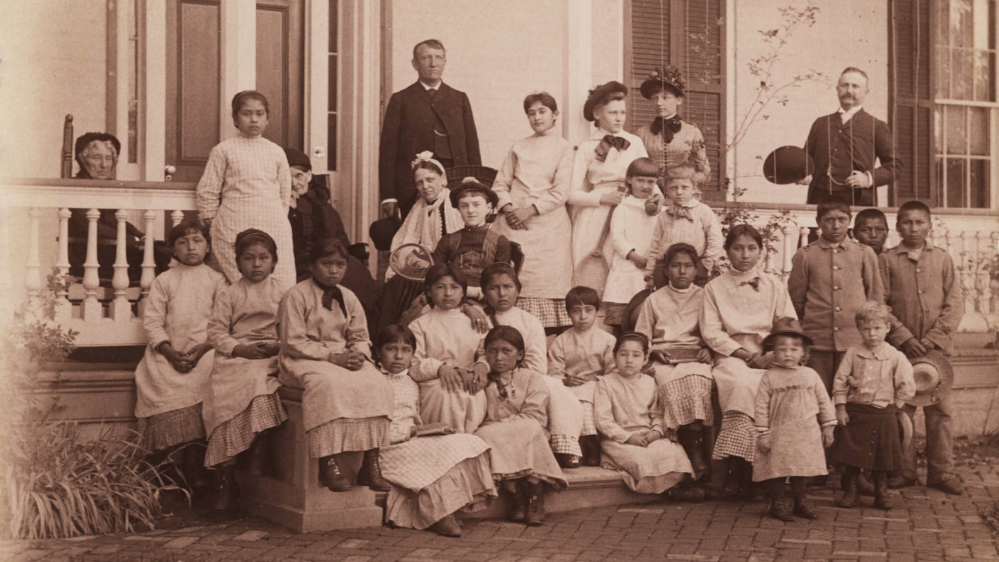 Recent media reports, a public education campaign, and the announcement of an investigation by the U.S. Department of the Interior have cast renewed light on one of the most shameful practices in the deplorable treatment of the Indigenous people of North America by European colonists across 500 years. This was the forcing of thousands of Native American boys and girls into “Indian boarding schools” in a deliberate attempt to separate them from their families and cultures.

Disturbing new reports from both Canada and the U.S. indicate that, in some cases, large numbers of the young people died in school custody without notice to families and were buried in mass schoolyard graves. Some of these burials have been documented internally in boarding school records, but others have not. While authorized and primarily funded by government, some of these schools were also sponsored or operated by religious organizations, including several with Methodist affiliations.

The National Native American Boarding School Healing Coalition represents an effort to educate the public in the U.S. about these schools and their lingering harmful legacy. In light of the recent reports of abuse and neglect, the coalition called for Sept. 30 to be observed as a National Day of Remembrance for U.S. Indian Boarding Schools. This date aligns with the National Day for Truth and Reconciliation that is dedicated in Canada to residential school survivors.

“Today, I join other United Methodist leaders to decry church sponsorship of U.S. abusive ‘Indian boarding schools’ and call for remembrance of victims and survivors,” wrote the Rev. Greg Bergquist, head of the UMC’s General Board of Higher Education and Ministry, in a letter highlighting that statement that calls for remembrance and repentance.

“At our very best, the people of the United Methodist Church embrace both personal spirituality and social responsibility,” he writes. “We stand together confronting the systemic sins of racism and colonialism, while embracing cultural diversity as a gift from God and celebrating the richness of the heritage we each embody. Together, we will ensure that all children, and children yet to be born, will be honored for who they are and from whom and where they have come.”

Read a recent General Board of Global Ministries article, “Remembering Native American victims of US schools,” about ongoing efforts by United Methodists to research the history and address its ramifications through future commitments.

CONAM’s virtual event will include a moving ceremony of remembrance/repentance that incorporates videos of stories, poetry, music and dance from several contributors. Some of those stories may include positive outcomes from the boarding school experiences but they will be in contrast to the deep, widespread trauma and pain of many children who were mistreated and separated from their families and cultures. Click here to register.