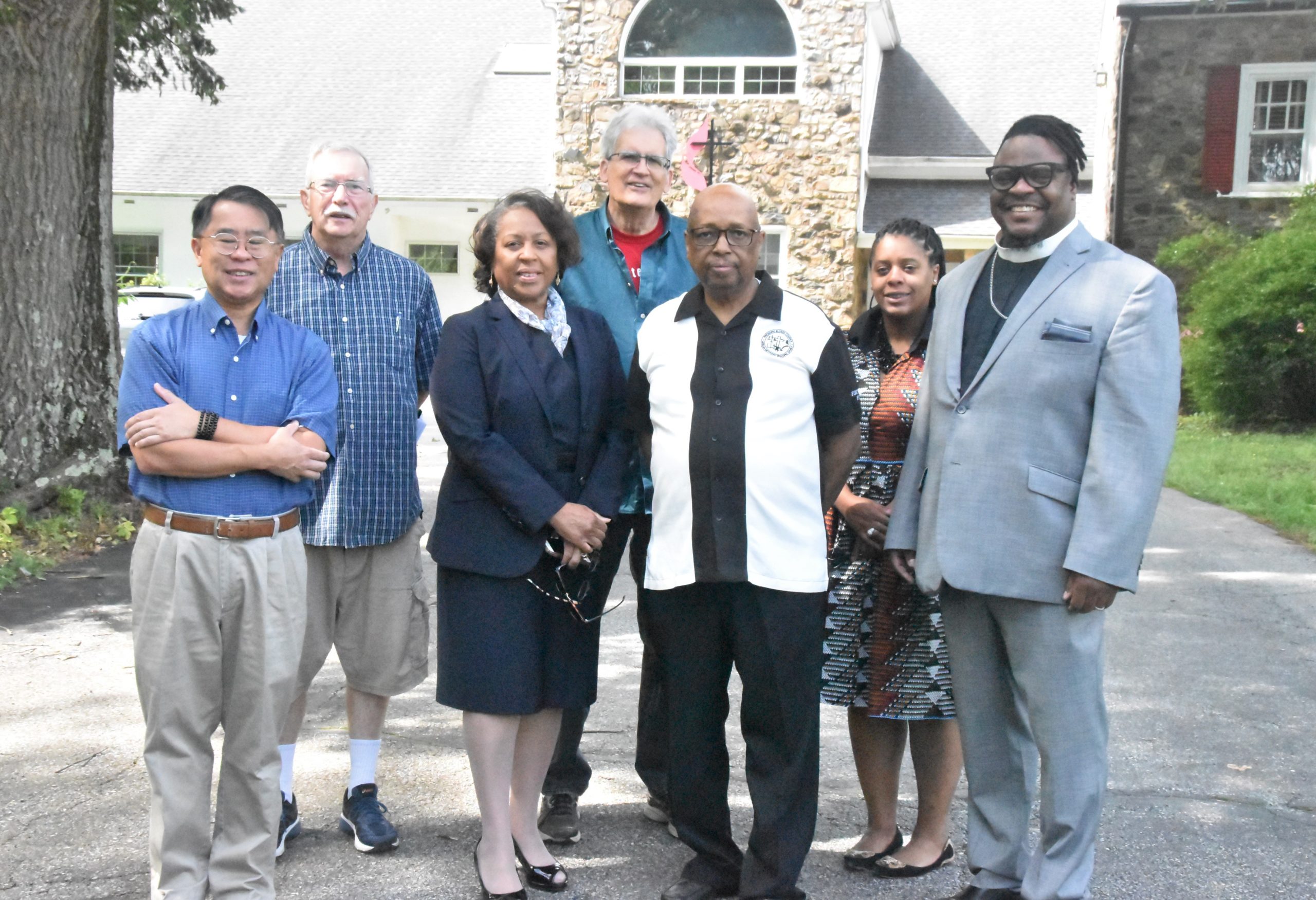 The oldest Methodist church in Delaware County and the third-oldest in the Philadelphia area will change hands on Monday, June 7, but remain securely in the Methodist extended family. Radnor United Methodist Church in Bryn Mawr, PA, established in 1778, will transfer its historic property to the neighboring Saint John African Methodist Episcopal (AME) Church in Wayne.

The two churches share not only Methodist origins, but a closer family connection. The iconic Rev. Richard Allen, a minister and former slave, lived near the Radnor church and was welcomed warmly there to preach and teach in 1784, before he later founded the AME Church and became its first bishop in 1816.

Allen was later ordained a preacher while at Philadelphia’s predominantly white St. George’s Methodist Episcopal Church (now United Methodist Church) in 1787 but left there because of its racism toward black members. He helped establish historic Mother Bethel AME Church in Philadelphia before growing it into a predominantly black denomination.

Saint John, founded in 1895, has enjoyed a friendship with Radnor for several years. The two small churches, about five miles apart, gathered occasionally for joint worship and fellowship. But Radnor’s once vital congregation aged and declined to less than a dozen worshipers in recent years, making its continuation no longer viable. It explored a possible merger with Saint John in 2019; but when that did not happen, a transfer of its property to the 50-member congregation became the solution.

On June 7, at 5 PM, at 930 Conestoga Rd, Bryn Mawr, Radnor will transfer ownership of its church building and cemetery to St. John for $1, with the condition that it will remain in Methodist hands. That condition is required in the deed for the land, which was donated by the James family in the 1790s to build the Radnor church. While the move-in date is still to be determined, Radnor’s remaining members have already merged with St. Luke United Methodist Church in Bryn Mawr, an offspring of the Radnor church.

“In the midst of the ‘many dangers, toils and snares’ of our long history as a people called Methodist there are moments when the sun shines through, and we get a glimpse of God’s plan for the family of God,” writes Bishop Johnson in her statement. “It is a joy to be a part of such a moment as Radnor United Methodist Church transfers its historic property to the Saint John African Methodist Episcopal Church.”

“The challenges and acts of the Christian faith are always best revealed in times of uncertainty that are marred by tremendous racial tension and transition; chaos and confusion; bitterness and hate,” writes Bishop Gregory G. M. Ingram. “Through its commitment to God and the benevolent act of transferring its church property over to Saint John African Methodist Episcopal Church, Radnor United Methodist Church gives us a sign and symbol to let the world know that we are not without hope.”

“St. John AME will move into this building focused on its vibrant ministries and programs to the community,” writes South District Superintendent Clark*. “Under the leadership of its current pastor Dr. Manuel Howard, along with its leaders and members, holistic growth, fellowship and community interaction will continue to be a priority.”

The descendants of Bishop Richard Allen have come full circle. From the time Bishop Allen preached in the Radnor Methodist Episcopal Church in 1784 and now back to the Radnor Church in 2021, St. John AME will move into this building, focused on its vibrant ministries and programs to the community. Under the leadership of Dr. Manuel Howard, along with its leaders and members, holistic growth, fellowship and community interaction will continue to be a priority.”

For decades, Radnor UMC was a growing, thriving center and functioned as a community hub. Due to membership decline, the remaining members of the congregation recently merged with St. Luke UMC in Bryn Mawr where the Rev. David Tatgenhorst is the pastor. Through the sacrifice of the remaining members of Radnor UMC, this transfer will bring new vision, new hope and new life to the community. It is my prayer that the relationship between these two churches will blossom, and the results will be incredible transformation and revival.