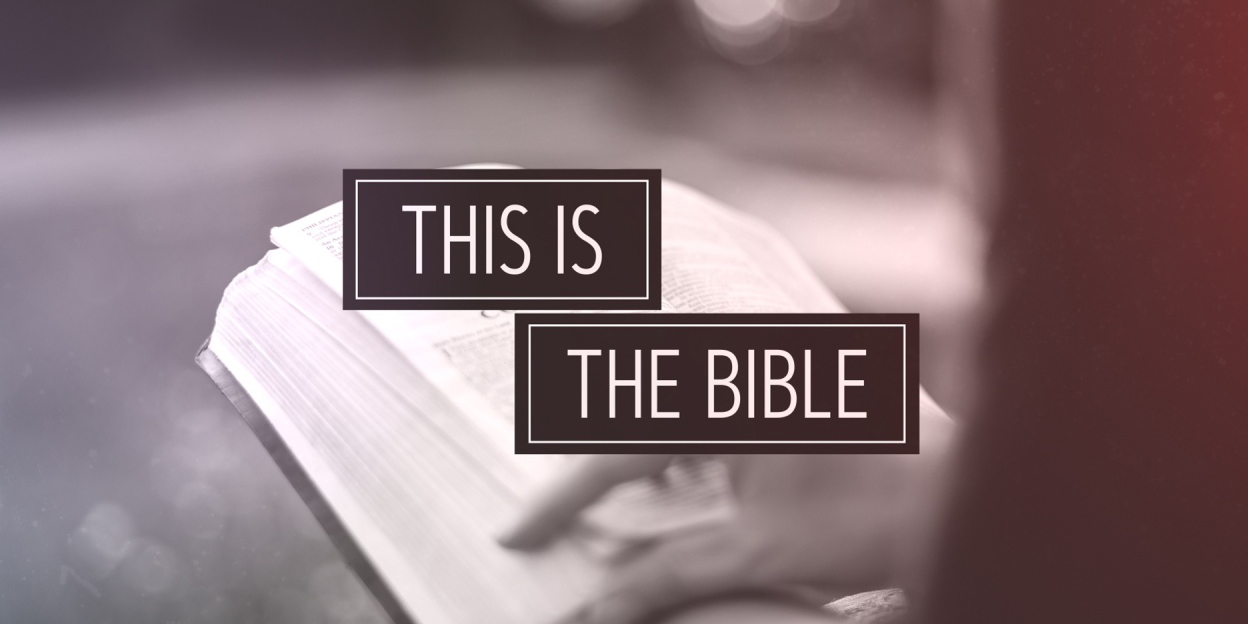 By the Rev. Dr. Bronwyn Yocum*

Today is one of my most favorite days of the year.  Today is the opening weekend of the National Football League season.  Since I was a little kid, I have watched and loved football.  We can all have high hopes for the Philadelphia Eagles since they haven’t played any games yet with the starting players on the field.  I will root for the Eagles, but for some reason, in my early years, I took a liking to the Green Bay Packers, and they were my favorite team.  Bart Starr, Paul Hornung, Jim Taylor, they were the men I dreamed of on Sunday night after the game.  But the best guy of all was Vince Lombardi, coach of the Packers.

Lombardi had arrived as the Packers’ coach in early 1959.     The team  hadn’t had a winning season since 1947, and the year before Lombardi’s arrival their record was one win, ten losses and one tie.  Lombardi clearly had his work cut out for him.  In his very first team meeting after his hire, Lombardi told his players, “I have never been on a losing team, gentlemen, and I do not intend to start now.” True to his word, Lombardi never knew a losing season as a head coach.

That summer of 1959, when the Packers reported for training camp, Lombardi challenged his players in every way possible.  He was charged with the seemingly impossible task of turning the franchise around, and he was pumped up about it. He led practices – inspiring, training, motivating the players. But one day, in the middle of a practice, Lombardi got so frustrated with what was going on with the players that he blew his whistle.  “Everybody stop and gather around,” he said. Then he knelt down, picked up the pigskin, and said, “Let’s start at the beginning. Gentlemen, this is a football. These are the yard markers. I’m the coach. You are the players.” He went on, in the most elementary way, to explain the basics of football.

Later, Hall of Fame players like Starr and Hornung would talk about how much they had learned from Lombardi.  After that year, he began every subsequent season with the same speech, “Gentlemen, this is a football.”  He never took for granted that his players knew the basics.  In fact, many of them said that the genius of his coaching was his ability to break down the game into its simplest elements and teach them again and again.   In the introduction to his book about Lombardi, When Pride Still Mattered, David Maraniss wrote:  “Lombardi was a Jesuit in his football instruction, as in most other things… He made things simple for his players by taking nothing for granted, repeating the same lessons to them over and over, every day, every year. He would spend hours diagramming one play, the Packer sweep, so that his players knew how to adjust to whatever defense the opposition might employ. The point of his repetition,” Maraniss concludes, “was a timeless idea that is as applicable in jazz and dance and writing and other art forms, and perhaps in faith, as in football—freedom through discipline.”

By focusing on the basics, by repeating them over and over again, Lombardi instilled them into his players so that doing the basics became second nature.  He believed they were never too experienced to go back to the basics and review them again, and they came to understand the value of that return to basics.

Too often, we in the church think we’ve passed the basics.  We “did” Sunday School, we say.  We “graduated” from Christian Education when we were confirmed and now we just get to live our lives and come to church once a week for worship.  But God is a lot more like Vince Lombardi – maybe its the other way around.  In the kingdom of God, we are all learners and God is our lifelong teacher; or to put it in the language of the season, God is the coach and we are the players on the field.  Like Lombardi’s Green Bay Packers, we may have years of experience behind us, years of Christian living under our belt and bible studies completed, but we will never graduate from this school in our lifetime.

The very name we use to describe ourselves as followers of Jesus says it all.  We are disciples.  The word literally means student or learner.  Great teachers in the ancient world would gather around themselves students who wanted to learn.  These students wouldn’t just attend lectures, take notes and then go home.  They would learn by observing and listening to everything the teacher did and said.  They lived with the teacher, ate with the teacher, spent every possible minute with the teacher, just as Jesus’ 12 disciples lived with him.  Day and night the disciples watched how the teacher interacted with the world around them.  Oh, there were formal lessons at times – “Listen, a sower went out to sow.”  But most of the learning came from simply taking note of how the teacher lived their daily life, so that they, too, could live as their teacher lived.

When I was in high school, my church youth group leader was a volunteer.  Mr. St. Clair had started out to become a Jesuit priest, but somewhere along the way he left that path and the Roman Catholic Church to become a Protestant and a high school Latin teacher.  Every weekend he had students over to his house for a weeks long-running game of Monopoly.  Two days a week before school he voluntarily taught Greek classes for anyone who was interested in learning.  His Latin classes were always fascinating – memorizing the opera Dido and Aeneas as we read the Aenead, making a Trojan Horse out of the boxes our desks had come in and then reenacting scenes from the story of Aeneas.  He taught us Latin, but more than that, he taught us that learning could be fun and interesting and collaborative.  And at church, he taught us to think critically about our faith, bringing both our mind and our heart to our commitment to Jesus Christ.  My life was shaped by years of interacting with him – not just by daily 45 minutes Latin classes, but by observing how he lived, listening to how he talked about his faith, appreciating how he cared for his students and imitating how he worshipped the God he served.

Today, we see Christian Education classes shrinking, bible studies being cancelled and Sunday Schools disappearing.  We see churches preaching prosperity gospel to make people feel good without having to think.  Don’t fall for that; don’t make the mistake of saying, “I did that stuff as as kid.”  No matter how old you are, no matter how long you’ve studied the bible, there is always more to learn, always some new appreciation of God’s saving activity in the world, some way of using our critical thinking skills to better understand Scripture.  And truth be told, every one of us can, like Lombardi’s Packers, benefit by going back to the basics. We need to remind ourselves of what we believe and why we believe it, not just assume that because we said yes to Jesus twenty years ago, everything is still the same.

Wayne Cordiero, the pastor of New Hope Church, a mega church in Hawaii, tells story of a Russian Orthodox priest who was discouraged and downcast after decades in ministry. One evening he wandered in the woods and came out near a military base.

A young armed guard at the perimeter stepped forward and shouted, “Halt!  Who are you and why are you here?”

Roused from his melancholy, the priest looked up and asked, “What did you say?”

The soldier became even more stern and said, “Who are you and why are you here?”

The priest then said the strangest thing.  He asked the young soldier, “How much do you get paid?”

The young man was caught off guard by the question, and answered, “Why does it matter to you?”

“Because,” the priest replied, “I’ll pay you that much to ask me those same two questions every day.”

Each one of us needs to revisit the basic questions of our faith periodically.  Who am I?  Why am I here?  What does Jesus Christ mean in my life today?  How do I live out my commitment to God in my daily life now?  Why do I bother to get up every Sunday morning to go to church?  What difference does God make in my life?  What difference does church make in my life?  The answers you gave twenty years ago or ten years ago or even last year may no longer accurately reflect your faith understanding.  The world around us changes; our life changes; we change.  And as we change, our relationship to God changes and adapts to the current circumstances in our life.  So we must regularly reexamine ourselves, our relationship with God and how we are living out our faith.

It’s all too easy to start taking our faith for granted, to turn on the auto pilot switch and just coast through our spiritual life.  We think we’re heading in the right direction, and so we turn off our passion, we look at the basics and say, yeah, yeah, yeah. We assume that deep within our heart we still believe what we said we believed when we first joined the church, without examining our belief system.  Our mouths may say one thing, but do our lives and actions say the same thing?  Have we become lukewarm?  Do we still orient our life around God’s will and God’s way?  A plane on auto pilot can keep flying quite a ways even without a pilot in the cockpit.  If we’re lucky, we have an experience like that priest’s, something that brings us up short and invites us to a time of self examination of our faith, something that sends us back to the basics.

Let me share one final story about Karl Barth, one of the greatest theologians of the 20th century.  His theological treatise, Church Dogmatics, presents his view of Christian theology in five volumes and is regarded by many as the finest theological achievement of modern theology. Many years ago, when he visited the United States for a lecture tour, an enterprising journalist asked him, “Dr. Barth, can you give us the essentials of your theology in a few sentences?”  Barth looked at the young journalist for a moment, and then he answered, “Jesus loves me, this I know, for the Bible tells me so.”

What we began as young children in a Sunday School classroom may expand and grow and develop, but the basics never change.  We come here to church remembering the one who taught us through all of his life – through his words, yes, but also through every action, every relationship, every way in which he connected with the world around him.  And every day we have an opportunity to check in with the basics of our faith once more.  Oh, choirs and classes, mission projects and fellowship events are all wonderful, but we need regularly to return to those basics like Lombardi’s players, to ask the essential questions of our faith.  If we revisit those basics and allow them to renew and replenish our faith, then there is nothing we cannot accomplish for the kingdom of God.   Like Lombardi talking to his Packers, we need to be reminded, This is the bible, this is the cross on which Jesus died for our sin, and we are the Body of Christ – God’s way of incarnating love in the world today.  Amen.