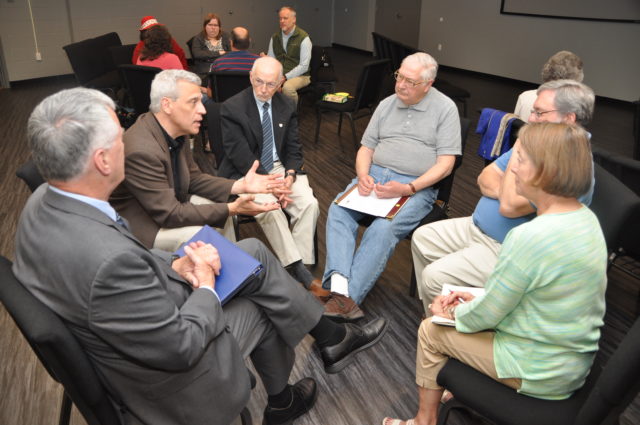 “I pledge allegiance to the Flag of the United States of America, and to the Republic for which it stands, one Nation under God, indivisible, with liberty and justice for all.”

The U.S. Congress adopted that Pledge of Allegiance to the nation and its flag 75 years ago (although the words “under God” were added in 1954). While we embrace most of it with little argument, the final six words seem to be under constant debate.

That debate now spills over into our church of many nations, as we wrestle with competing values of liberty and equal justice under the laws of both church and state.

Religious liberty, civil rights, free political speech, equal inclusion and access, church unity or disunion—these values and aspirations are replete among the 27 resolutions that The United Methodist Church’s Eastern PA Conference will consider and vote on at its annual session June 15-17. They address laws of both our U.S. Constitution and our church’s Book of Discipline. 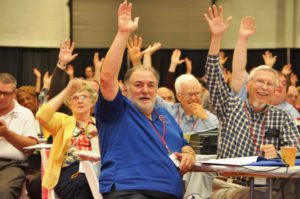 Seven resolutions relate to equal access for LGBTQ people seeking ordained ministry and marriage in the church, versus continued adherence to and enforcement of disciplinary restrictions. These resolutions reflect the denomination’s apparent impasse that now threatens its unity.

Three resolutions are offered by the conference’s Commission on Religion and Race to affirm and seek continuation of conference anti-racism efforts. 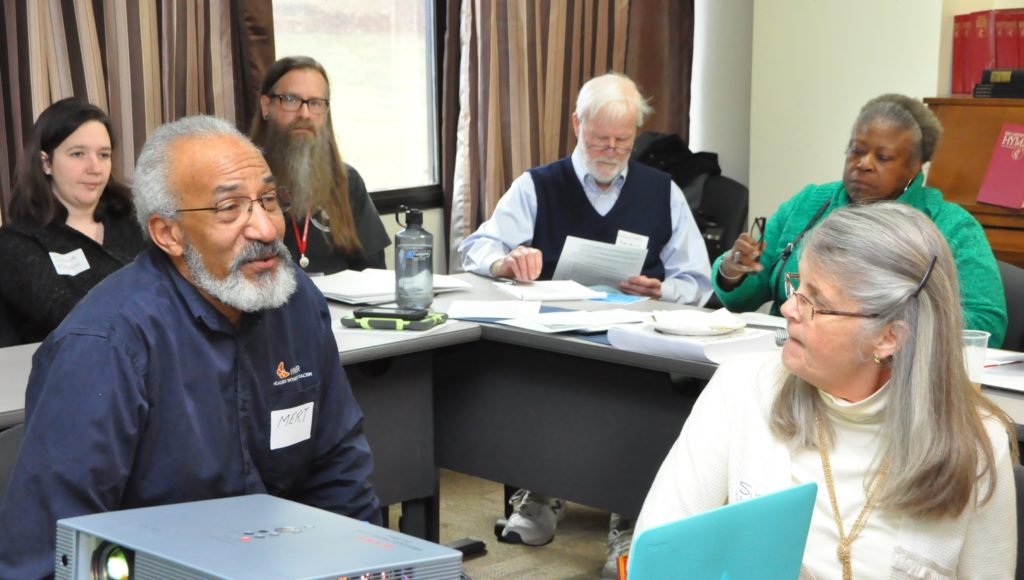 Healing Wounds, Changing Racism
Mert Shane (left) and the Rev. Susan Worrell, co-leaders of Healing the Wounds of Racism and the Commission on Religion and Race (CORR), respectively, jointly led the first Changing Racism: Continuing the Conversations seminar Jan. 28, an experimental follow-up to the biannual Changing Racism workshop, which is a successor to past Healing the Wounds workshops. CORR submitted an Annual Conference resolution affirming these two anti-racism ministries and the impact they have had on conference members over two decades. The next Continuing the Conversations seminar will occur June 24. John Coleman photo 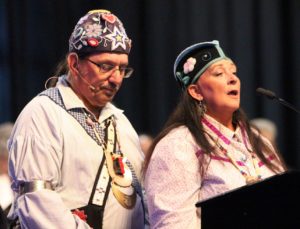 A Conference Committee on Native American Ministries (CoNAM) resolution calls for “Continuing the Journey toward Healing and Wholeness with Indigenous Peoples” and pursuit of the goals of the conference’s Act of Repentance celebrated at the 2016 Annual Conference. That includes electing CoNAM representatives in all churches to help their members learn about Native American cultures, contributions and concerns, while celebrating Native American Ministry Sunday annually.

Another resolution calls on the conference to establish a Domestic Violence Response Team to address the “epidemic of domestic violence” occurring in homes and communities and still largely ignored by churches. It advocates for more churches to offer support to victims and promote awareness of the problem.

Approval of 10 applications for projects seeking endorsement for local church support as Conference Advance Specials for July 2017 through June 2018.