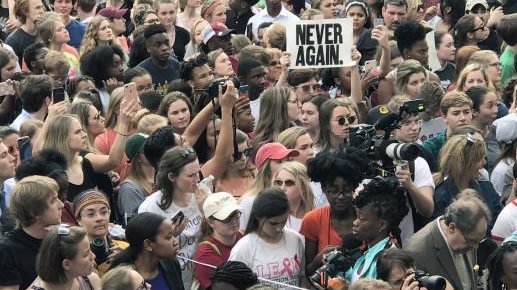 Main photo by the Rev. Andy Oliver Thousands of students converged on the state capitol in Tallahassee, Fla., Feb. 21. Chanting “Vote Them Out,” and carrying signs like “Enough is Enough,” the young people demanded change in gun laws that would prevent future school shootings. Among the protesters were students from Marjory Stoneman Douglas High School, the scene of the latest school shooting in Parkland, Florida.

Pennsbury High School senior Jess Eden, 17, of Fallsington UMC, was with friends after school when she first heard about the shootings at Marjory Stoneman Douglas High School in Parkland, Fla., Feb. 14. Their conversation in the car turned abruptly  and numbingly silent.

“We were at a stoplight when my friend in the front passenger seat said ‘Guys, there was another one,’” she recalled. “We seemed to know already what she was referring to. Just to be sure, I asked. She said ‘Another school shooting in Florida. A lot of kids are hurt, and some are dead.’ We were silent as we thought about those kids and their teachers.”

Many of us are still thinking about the tragic victims of yet another deranged school shooter. And many students across this country are taking their response beyond thoughts and prayers, as they march and rally to protest the national epidemic of gun violence in schools, homes, churches, workplaces and communities. 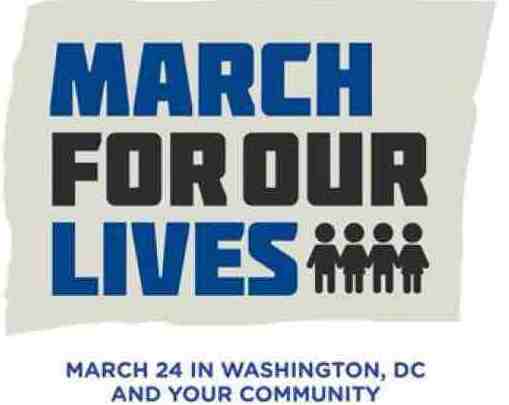 Reportedly, well over 3,000 students protested nationally March 14, including hundreds in Philadelphia, in what was supposed to be a 17-minute school walkout, one month after the Parkland Valentine’s Day massacre left 17 dead and dozens wounded. Other marches and rallies are planned, including March for Our Lives, a major rally that may draw unprecedented numbers, maybe hundreds of thousands of students, supporters and family members, to the nation’s capital on Saturday March 24.

What may be emerging for young people is a new, fledgling sense of power and influence fueled by social media and their disdain for unresponsive powers that be, amidst a growing counter-culture of resistance and disruption. Highly publicized mass shootings, those afflicting schools particularly, may be serving to ignite that fuel.

An advocacy group covered the U.S. Capitol lawn in 7,000 pairs of shoes March 13 to symbolize the 7,000 children killed by gun violence since the 2012 Sandy Hook Elementary School shooting in Newtown, Conn. That most egregious massacre killed 20 first graders and six adults. The advocacy group’s goal was to “bring Congress face-to-face with the enormous heartbreak of gun violence” and to demand change.

The 7,000 global deaths estimate is based on a statistic from the Centers for Disease Control and Prevention that 1,300 children die from gun violence every year. But Gun Violence Archive reports at least 239 school shootings in the U.S. alone, with 438 people shot and 138 of them killed, since it began tracking school shootings in 2014, about a year after Sandy Hook. According to Everytown for Gun Safety, there have been 17 school shootings in 2018 alone.

“These school shootings seem almost normal by now, but they are always gut-wrenching,” says Eden in a YouTube video statement she recorded this week. “Even though it’s happening more and more, this one hit hard.” President of the UMC’s Northeastern Jurisdiction Council on Youth Ministries, she joined three other members of the Eastern PA Conference Council on Youth Ministry (CCYM) in recording their statements responding to the school shootings. 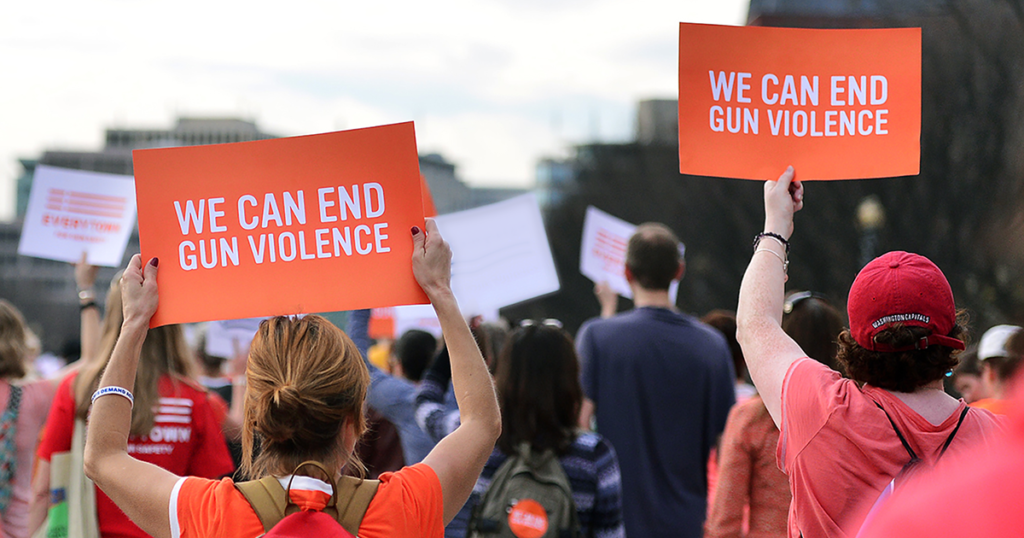 Requested by the Conference Communications Office, the four self-made videos appear on the conference’s YouTube page (Teen Responses to Gun Control) and are embedded at the end of this article. (The Communications Office also requested comments in response to the tragic shootings and resulting protests from various church directors of youth ministries. We hope to receive and report more reactions, reflections and recommendations from them and from some of their youth members in the coming weeks.)

“I thought about how easily it could have been our school; it’s a scary thought,” says Eden in her video about the Parkland shootings. “But on a positive note, this most recent tragedy has gotten people talking.” She cites a 17-minute walkout at her school organized “to honor the fallen victims and show the government and school board this generation demands change.”

‘Something must be done’ 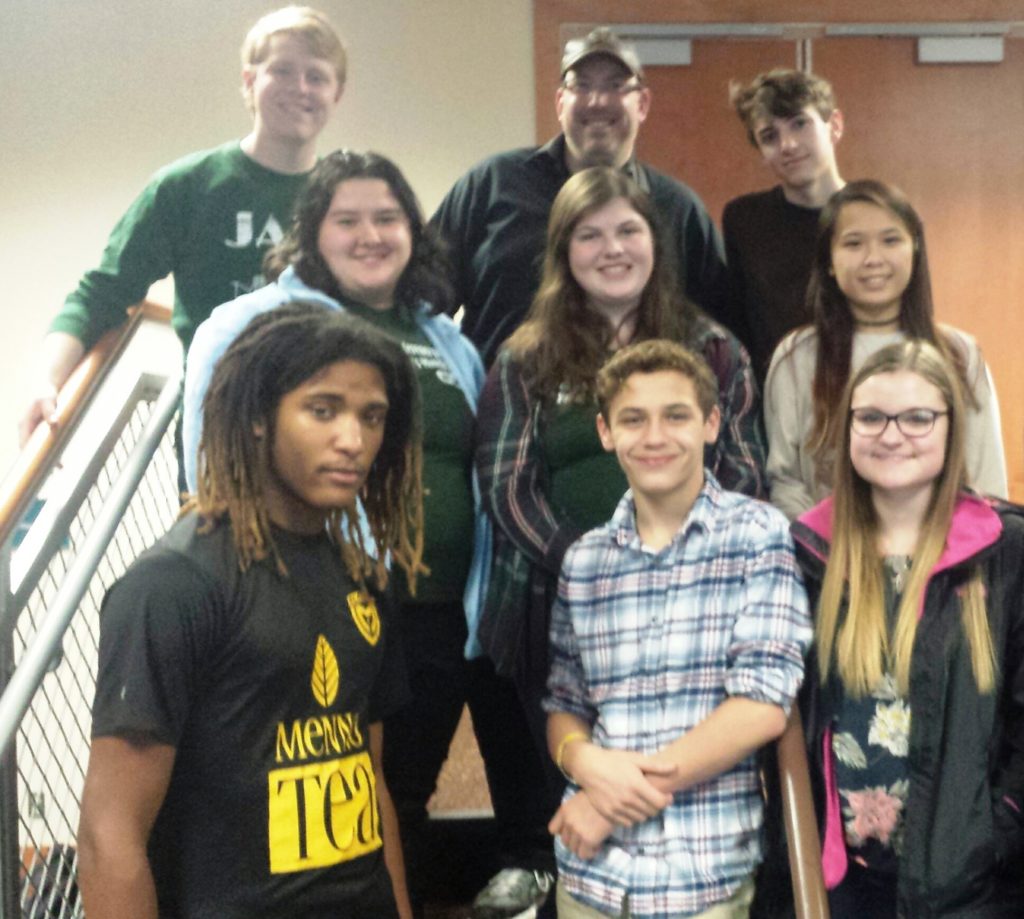 “Something must be done,” she adds. “I support the (U.S. Constitution’s) second amendment; but I do feel that somehow making it harder to get guns could reduce the amount of gun violence we face.”

In the other three CCYM videos:

Discipleship in the Midst of Tragedy This short video features the Rev. Junius Dotson, General Secretary of Discipleship Ministries, discussing the church’s response to tragedies. It was produced after Hurricane Harvey in 2017, but is still relevant, says Piltz.

For leaders of children:

“How to help children after a crisis,” a 2012 article by Delia Halverson

For leaders of youth:

Be sure to read Pastors, churches respond to Florida massacre and Bishop Johnson’s recent blog essay, ‘Blowin’ in the Wind.’   Also, Embracing Love: Responding to Violence on UMCom’s website, offers links to articles and resources, including “10 Suggestions for Preaching after a Catastrophe,” “Keeping your church safe from violence,” and more.

Moreover, on the eve of the March 24 March for Our Lives in Washington D.C., the spacious National UMC in Washington invites youth groups from around the country to join them in a rally on Friday, March 23, at 6 PM., and an overnight lock-in there that starts at 9 PM. Inspired by the teenagers in Parkland, Fla., the host church’s youth hope to raise awareness about gun violence, build excitement for the march, meet other youth involved in the movement, and provide a place for groups to stay one night for free in D.C. Guest speakers will talk about gun violence, mental health, and related issues. There will be pizza in abundance and a competition to make the best sign for the march. Register online.  For more information, contact Patrick Landau, youth director at National UMC, at 202-363-4900, Ext, 112.

Finally, the General Board of Church and Society will partner with Heeding God’s Call to End Gun Violence to host a two-day retreat April 11-12, in Washington, D.C. The retreat will welcome gun violence survivors and their families from that region, including Pennsylvania, Delaware, Maryland and Virginia. Born from a collaboration with two United Methodist mothers who lost their sons to gun violence, this retreat seeks to provide a place of spiritual and emotional healing coupled with strategic planning and action. Learn more.