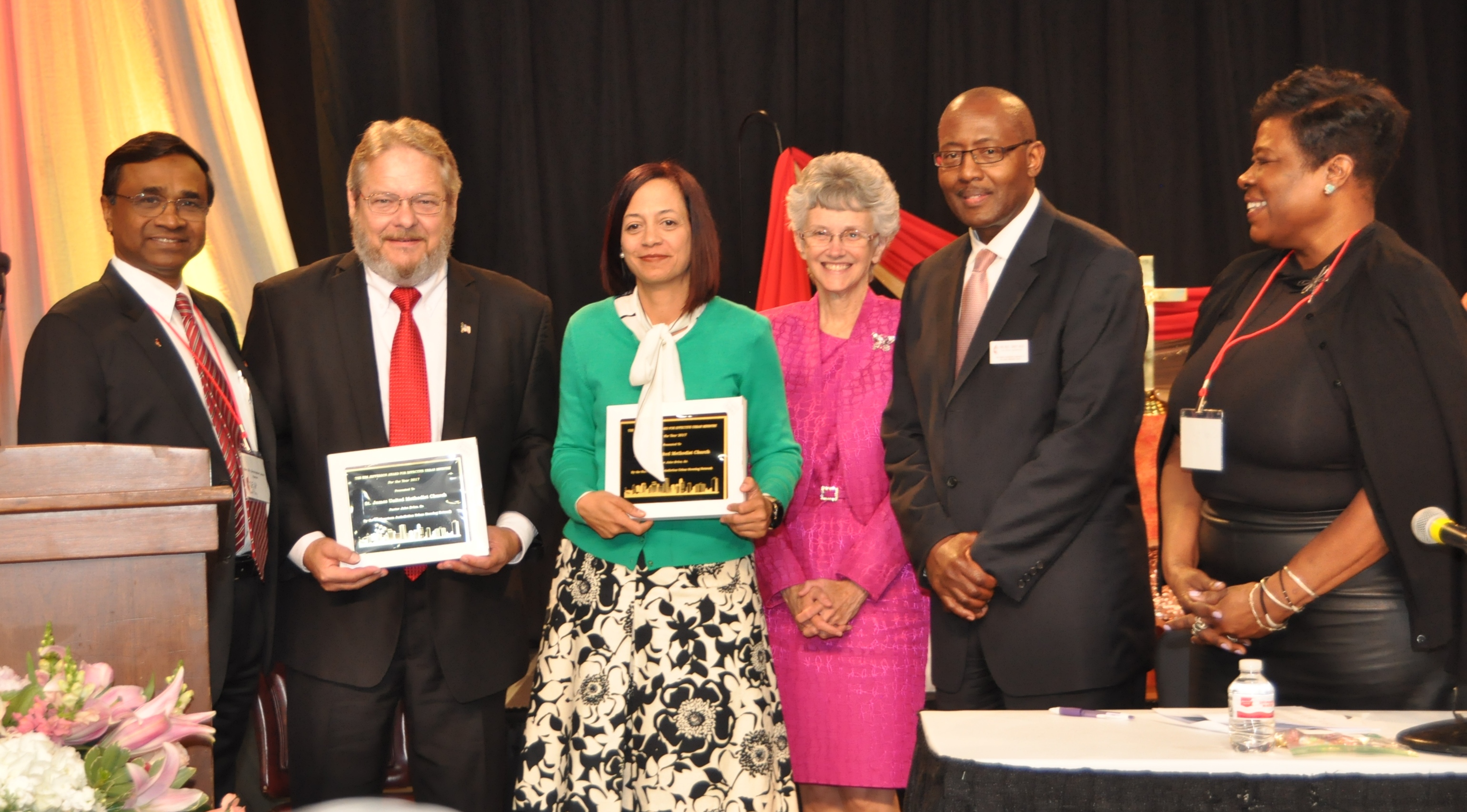 Honoring those who draw others to Jesus Christ, the self-proclaimed “true vine,” the 2017 Eastern PA Annual Conference recognized particular leaders and churches who have labored to plant seeds of growth in the eternal “vinegrower’s” garden.

The conference’s One Matters Award, presented by the UMC’s Discipleship Ministries agency, recognizes churches and their leaders who together experience turnaround growth in making disciples of Jesus Christ by achieving new professions of faith and baptisms. A tiny, two-point charge with dwindling memberships, located in two nearby villages, Bethany UMC in Barnesville and Ebenezer UMC in Quakake were slated to close four years ago. But both received the One Matters plaque with a $1,000 award at Annual Conference, thanks to surprising growth spurred largely by their determined, part-time local pastor, the Rev. Gregory Hafer.

And the conference’s Kim Jefferson Award for “significant, effective urban ministry” went to historic St. James UMC in Philadelphia for its own turnaround success after being on the verge of closure. The award memorializes an influential early leader in national urban ministry at the General Board of Global Ministries. With an energetic, enterprising pastor and lay volunteers, and ample support from its district, St. James is building up a growing, diverse, community-focused, mission-driven active church. 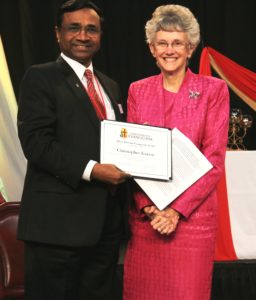 The Denman awardees were selected for their exceptional leadership and commitment to sharing Christ’s gospel in meaningful ways and encouraging Christian growth among others through ministry. The award is named for the early leader of the UMC’s Board of Discipleship who led and modeled its foundational outreach work in evangelism.

The Rev. Christopher Kurien was a district superintendent for six years and has led Connectional Ministries for the last six. He has developed, reorganized or revitalized a number of conference leadership committees and ministries, including Higher Education and Campus Ministry, Prison Ministries & Restorative Justice, Children’s Ministries and the annual Faith-Sharing Seminars. He returns to the pastorate in July to serve First UMC Lansdale. 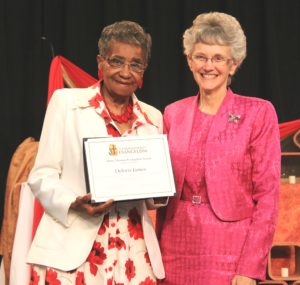 Deloris James, a member of Mt. Zion for all her 82 years, can recall stories of the old, all-black Delaware Conference. She has supported the church her family helped build by leading in various ministries, including stewardship, missions, prayer, Christian education, families and older adults, ushers, United Methodist Women and scholarships for higher education.

“Sister James has won souls for Christ and strengthened the commitment of many members,” wrote the member who nominated her. “Her students from the Philadelphia public school system have become members of her church; her neighbors have joined too.” 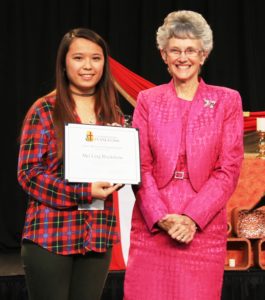 Mei-Ling Blackstone, 17, is an active youth member of Asbury UMC Allentown and an avid camper who helps her mother, Carlin Blackstone, promote the conference’s Camp and Retreat Centers. She journeyed to her native China with other Northeastern Jurisdiction youth on the 2015-16 Mission for Peace.

Mei-Ling helped plan and emcee the CCYM’s 2017 Youth Rally and its dialogue session at the Peninsula-Delaware Conference’s 2017 Youth Rally in Ocean City, Md. CCYM has drawn more youth to events through its various activities and outreach.

One Matters Award recipients Bethany UMC and Ebenezer UMCs share a quarter-time pastor, pay their bills and worship jointly using each church in alternating months: January, March and May at Bethany; February, April, and July at Ebenezer UMC. That was their solution to avoid closing or merging, said the Rev. Joe Tyson, outgoing Northwest District Superintendent, although a merger may still be on their horizon. 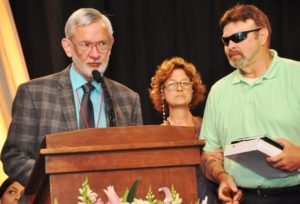 When the Rev. Gregory Hafer and his wife Elaine arrived in 2013, the total worship attendance averaged about 12 people. They began trying to make new disciples by starting a Vacation Bible School program and walking through the villages, meeting people and inviting them to attend. A few children came at first, but more came the second year.

The third year saw an increase in the children’s attendance and a good number of families at the closing ceremony. Some accepted the invitation to discipleship, and several began attending worship services and discipleship classes. Hafer, who works full-time as an IT director of a nearby hospital, baptized five new members in 2016, each of whom attended the charge conference this year. Now average worship attendance is well above 50 between the two churches.

“We congratulate Pastor Gregory Hafer and both congregations for their commitment and passion to reach new people,” said Kurien, in presenting the conference’s award. New members Fred and Mary Louise Curvey accepted it because Hafer had to work at his job that day.

St. James UMC in Philadelphia, winner of the Kim Jefferson Award, is also seeing growth in its membership from barely a handful two years ago to about 79 members now who are black, white and Latino. One key reason is the growth in its ministries, which includes ESL classes and other Spanish-language accommodations, music instruction, low-cost food through the SHARE program, a computer lab with free Wi-Fi access, and a popular, free community breakfast on the last Saturday of each month. The award presentation recognized especially the teamwork of the Rev. John Brice, pastor, Frances Legaretta, a volunteer and director of development, and the Rev. Tracey Bass, District Superintendent, who marshalled support from other churches in the East District.

Photos by John Coleman and the Rev. James Mundell