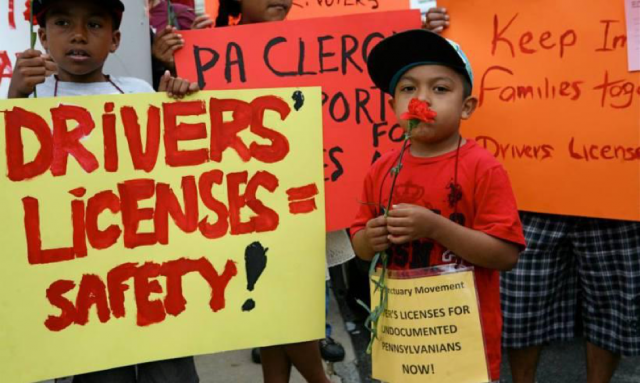 A new process for episcopal endorsements, revised Safe Sanctuaries and sexual harassment policies, and a new policy for secure usage of church computers and the Internet are among the 21 resolutions the Eastern PA Annual Conference will consider when it meets June 16-18.

Two advocacy resolutions related to undocumented immigrants urge the conference to support the state assembly’s House Bill #1459,  that would grant them legal driver’s licenses, and to support the Dream Care Campaign to provide health insurance for all children, including the undocumented.

Denial of driver’s licenses to an estimated 200,000 undocumented persons hurts the state’s economy, public safety and quality of life for those immigrants, advocates say. Meanwhile, publicly endorsing Public Citizens for Children and Youth’s Dream Care Campaign could improve the health of more than 24,000 undocumented, uninsured children.

Five more resolutions call for “full inclusion of LGBTQ persons in the UMC” and fair access to employment, housing and public accommodations.

Currently there are no conference rules for endorsing episcopal candidates. So delegates to the 2016 Jurisdictional Conference are proposing a process. The delegation may recommend vetted nominees for endorsement, or it may decide to recommend no one, which is the case this year.

In the proposed process, the annual conference must confirm the delegation’s recommendation by a two-thirds (2/3) majority vote.  If the approval margin is less than 2/3 of the voting body, consenting, eligible candidates may be nominated for endorsement from the floor, provided the conference secretary receives a petition for each nominee signed by 10 members, lay or clergy, and the conference body receives at least 500 copies of the nominee’s biographical profile and personal statement.

Four hours later the conference can vote on any eligible nominees for endorsement, up to the number of episcopal vacancies to be filled, which this year is expected to be two. A nominee must receive at least a 2/3 majority vote for endorsement. But Jurisdictional Conference delegates are not bound to support endorsed candidates when they cast their votes in July.

The revised Safe Sanctuaries and Sexual Misconduct policies, and the new policy for secure usage of church computers, networks and the Internet are all proposed to increase the safety and responsibility of persons who attend, occupy, work at or use the resources of church and conference facilities.

New Safe Sanctuaries policies for all congregations to adopt represent ongoing efforts to “reduce the risk of abuse in the church.” They include standards for screening, selecting, training and supervising church staff and volunteers and for reporting and responding to allegations of abuse.

The new Sexual Misconduct or Harassment policy replaces one in use since 1998. It includes definitions, interpretations and expectations for reporting and investigating charges without retaliation against legitimate accusers.

The “Computers, Networks and Internet Access Policy” resolution recommends imposing rules, responsibilities, restrictions and protections on the use of computer equipment, e-mail, the Web and private information of church members.

One resolution advocating “full inclusion” for LGBTQ (lesbian, gay, bisexual, transgender, queer or questioning) persons in the UMC relates to marriage equality; the other to ordination  equality. Another resolution calls for aggressive support of the Fairness Act, a popular but still unpassed state bill to extend freedom from discrimination in employment, housing and public accommodations to LGBTQ  persons.

A similar resolution on “religious freedom” asks the conference to denounce any legislation anywhere that uses that term for laws that would restrict LGBTQ persons’ rightful access to employment, housing and public accommodations.

And the Resolution on Radical Welcome would encourage all churches to extend just that to LGBTQ persons, especially LGBTQ youth, who suffer high rates of family rejection, homelessness and suicide. It calls upon churches to hold special events on Sunday, Oct. 9, two days before National Coming Out Day (Oct. 11).

Three other annual resolutions care for the needs of retired or disabled clergy members and adopt the conference’s Comprehensive Funding Plan for payment of pension and health benefits. And one other annual resolution recommends a 2 percent increase in Equitable Compensation assistance to ensure minimum base salaries for clergy serving low-income churches.

Unfortunately, what have also become annual are resolutions to officially discontinue historic churches that have decided to close after declining in membership and essential resources. “Discontinuance” of four closed churches will be approved this year. Two are in Schuylkill County: Immanuel UMC in West Penn (est. 1857) and William Penn UMC (est. 1882).  Two others are Spring City UMC (est. 1845) and Park UMC in Freeland (est. 1905).

Resolutions will be considered throughout the annual conference session.  All resolutions may be found and read in detail on our website, accessible from the 2016 Annual Conference Webpage.